In 2018, the standard AAH Lights (red, blue and green) were tested at a professional light lab with calibrated equipment. We used the Coherent PM30 thermopile power meter attached to a Coherent LabMax-TOP power and energy meter. These lights were then re-tested with the Solarmeter Global Solar Power Meter and results were statistically equal. The AAH PBM Light was tested with a Solarmeter Global Solar Power Meter.

In 2021, the red AAH Light and the PBM Light were re-tested on a LightLab International Allentown 2m Integrating Sphere – Labsphere CDS 2600 spectroradiometer with very similar results.

Do not, under any circumstance, let someone tell you that because their light is “stronger” it is better. We have been conditioned to think that more is better but that is not the case here. It has been shown thru research, that the body can only absorb so many photons and the rest go to waste. Click here to read a great researched article that explains this.

The following charts will help you determine the amount of energy (Joules) you are delivering when using the AAH Lights on each of the different settings. The irradiance is the power density in mW/cm2 for each setting. We have provided a chart with 30-second intervals for quick reference in determining the Joules delivered.

For example, when using the PBM light on the 1st setting, it is delivering 30.4 mW/cm2 and if used for 60 seconds, it would deliver 1.82 joules of energy. 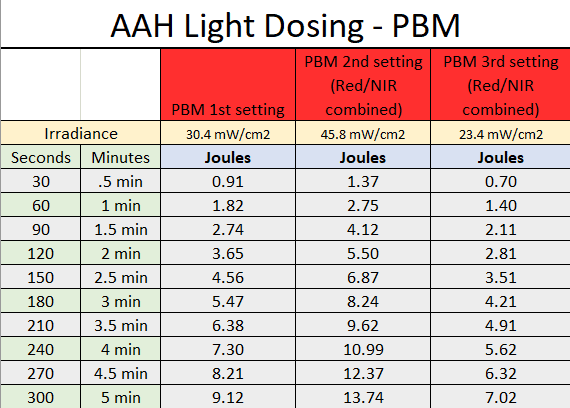 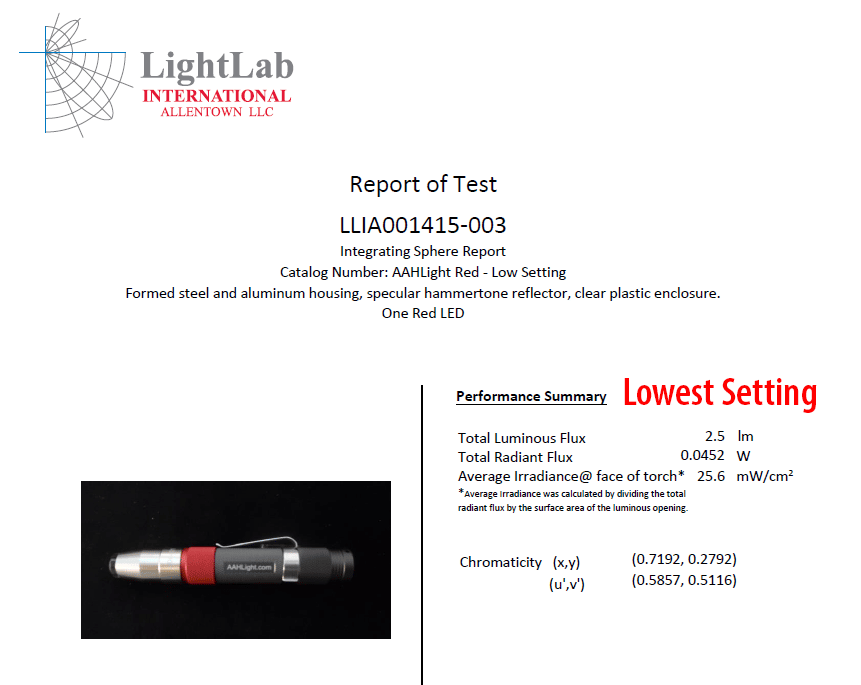 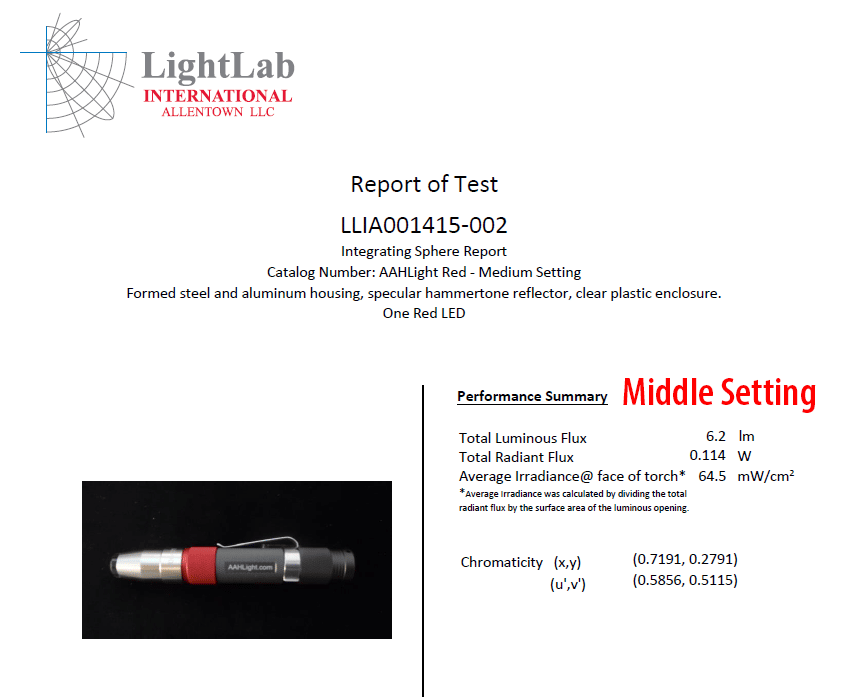 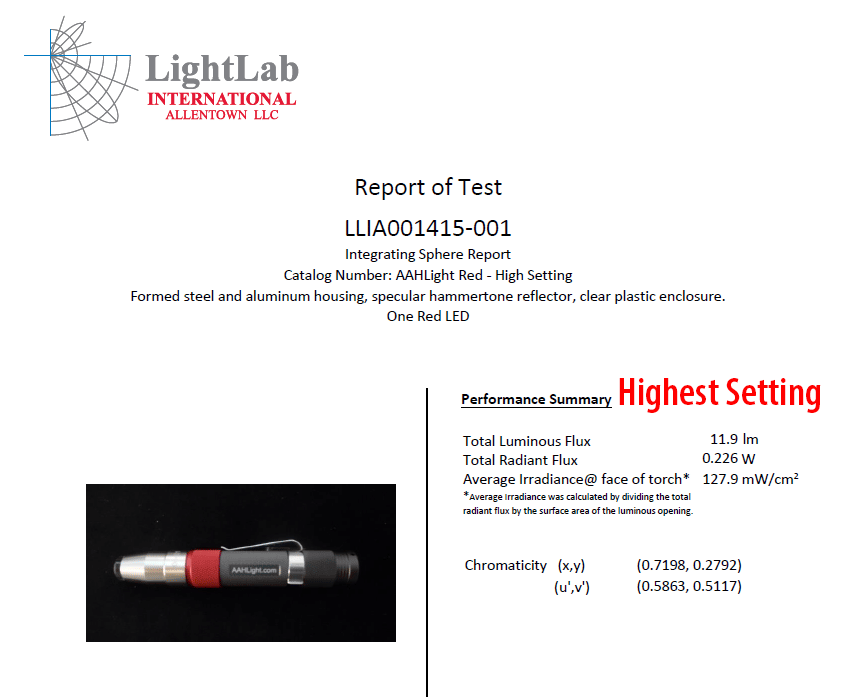 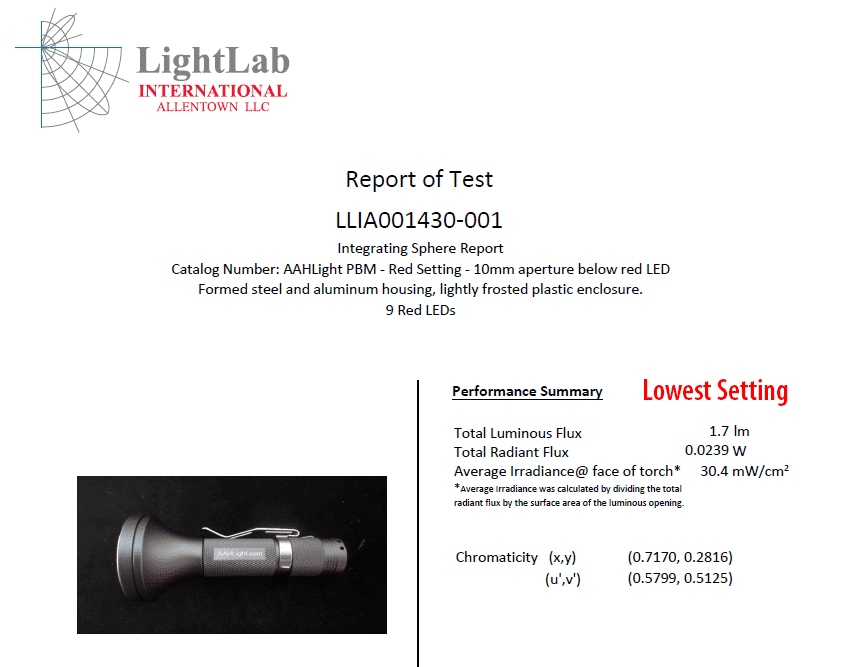 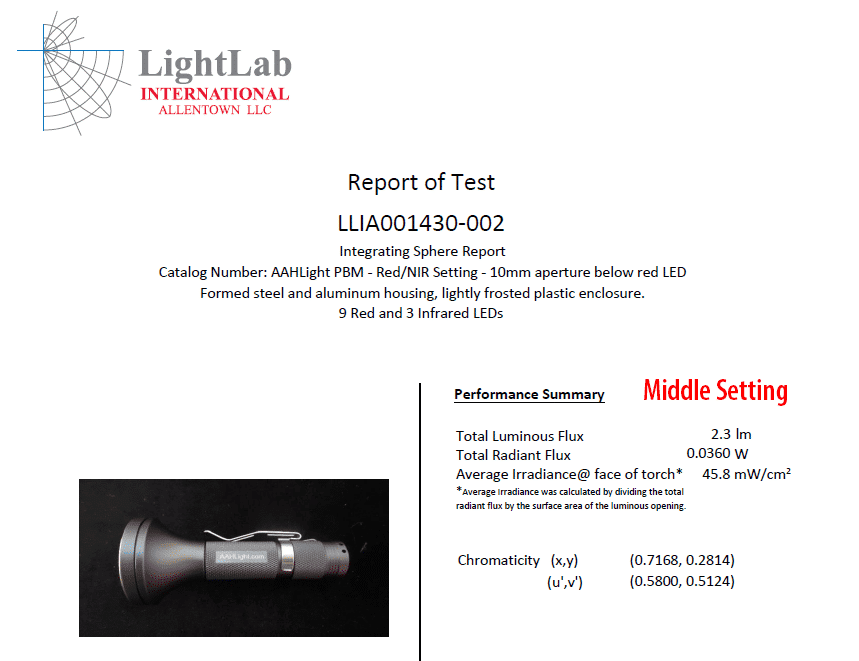 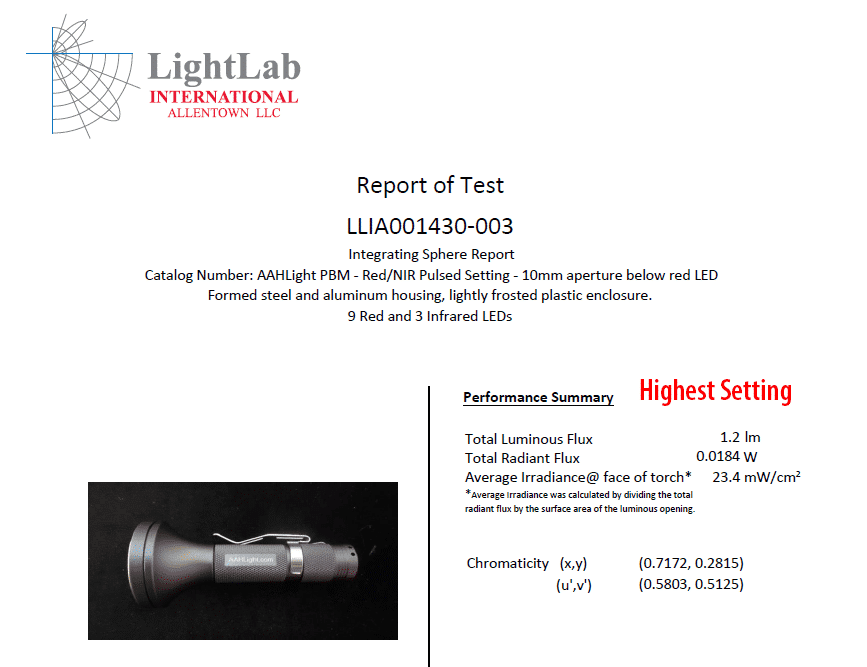 Note: During this testing, we also included several competitor lights but will only comment on the results we documented for the AAH Lights. Please only rely on these charts when using the AAH Lights. It matters to us that you are using our lights correctly and therefore, we have taken this extra step to bring this information to you. 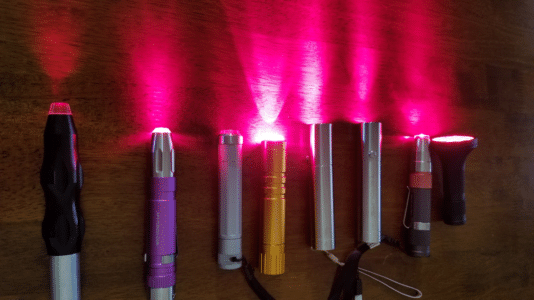 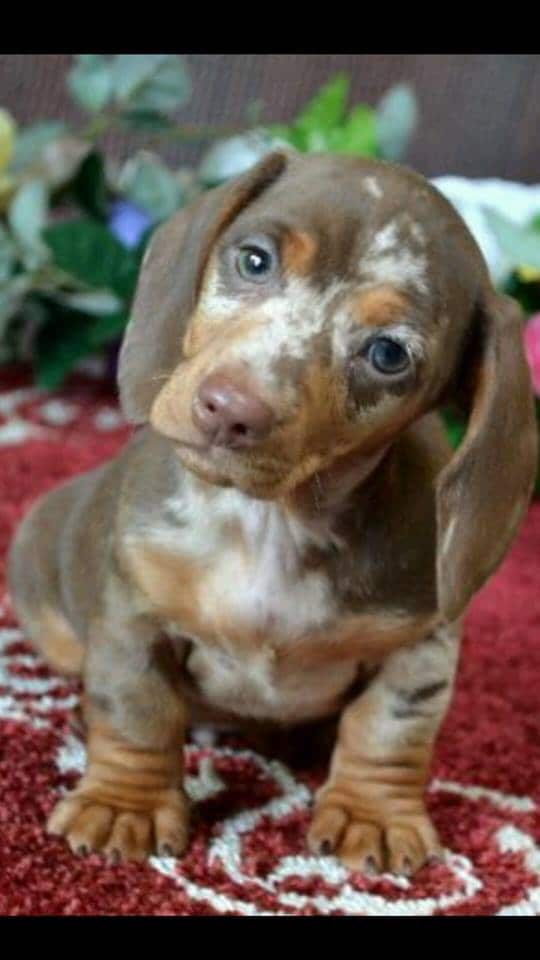 If you are confused about dosing and power outputs, you are not alone. This subject has become an area of interest for many of the researchers and scientists that study this modality.

To directly quote from the abstract of the article “Review of light parameters and photobiomodulation efficacy: dive into complexity.” that was written by Randa Zein, Wayne Selting, Michael R. Hamblin , and was published in December 2018 in the Journal of  Biomedical Optics –

“Photobiomodulation (PBM) therapy, previously known as low-level laser therapy, was discovered more than 50 years ago, yet there is still no agreement on the parameters and protocols for its clinical application. Some groups have recommended the use of a power density less than 100  mW/cm2 and an energy density of 4 to 10  J/cm2 at the level of the target tissue. Others recommend as much as 50  J/cm2 at the tissue surface. The wide range of parameters that can be applied (wavelength, energy, fluence, power, irradiance, pulse mode, treatment duration, and repetition) in some cases has led to contradictory results.”