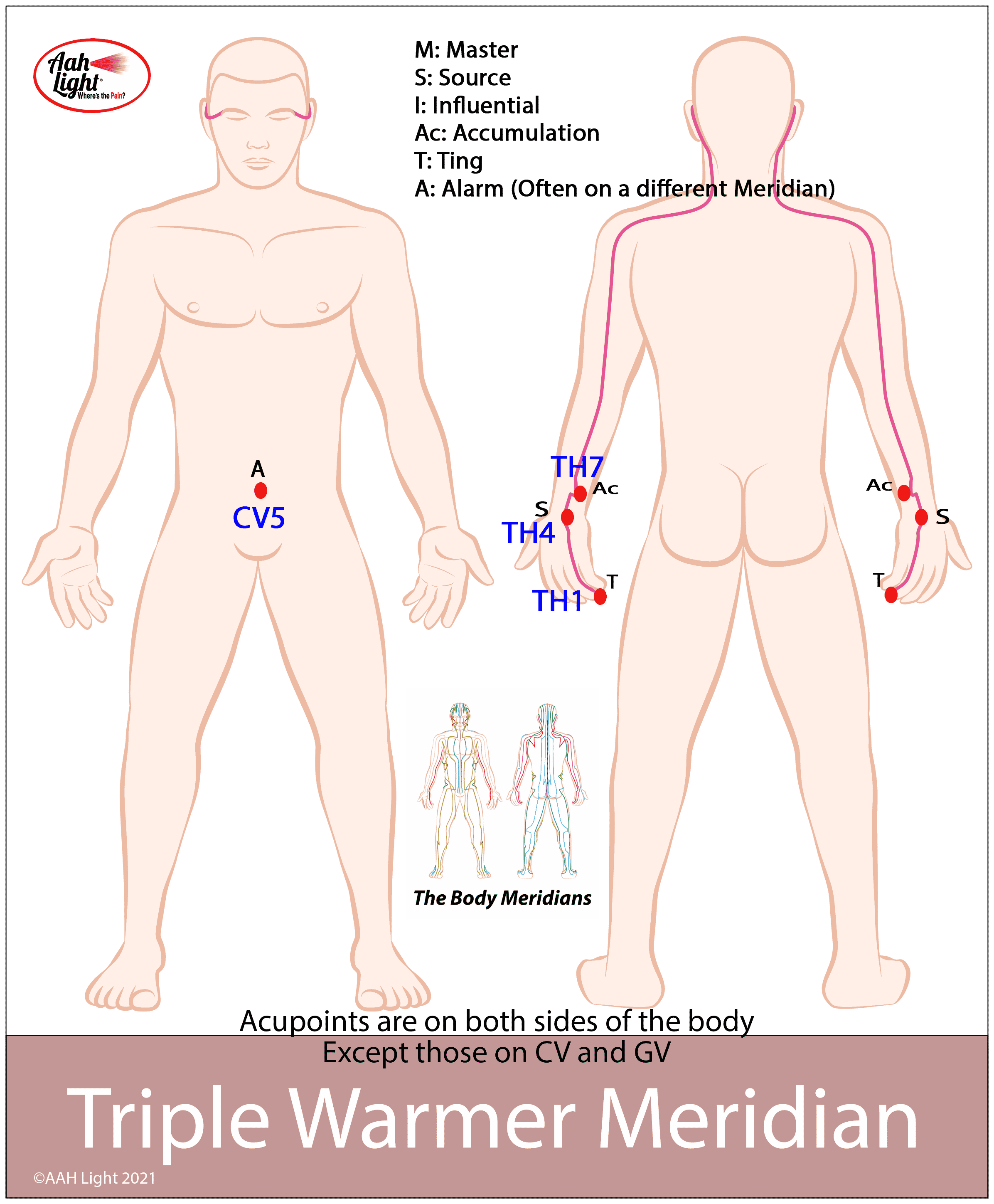 Welcome to our LED Light Therapy and Acupuncture Series

Each month, starting in June 2021 and continuing for the next 14 months, we will be featuring one of the TCM Meridians we use with our lights. Be sure to come back regularly and stay informed.

The latest installment of our LED Light Therapy & Acupuncture blog series is here!

This month we’ll be exploring the Triple Heater Meridian. Also known as the Triple Energizer (TE) or Triple Warmer (TW) or Triple Heater (TH), it’s the yang to the Pericardium Meridian’s yin, responsible for transformation and transit of various fluids and solids throughout the body, as well as the production and circulation of qi. This meridian supports the lymph system and immune system issues.

With a total of 23 acupoints, the Triple Heater Meridian originates at the tip of the ring finger, traveling up the arm to the shoulder, up the neck and around the ear, terminating at the outer tip of the eyebrow. Most (not all) charts show that near the shoulder, it also diverts to the front collar bone, crossing the Pericardium Meridian to interact with the three parts that constitute its name — the three burners, designated upper, middle and lower, all located near the diaphragm.

The Ting Point of the Triple Heater, known as TH 1, with the English name Passage Hub, this acupoint is found at the tip of the ring finger and is engaged to relieve:

The Triple Heater’s Source Point is located at the wrist, known as the Yang Hub, with the designation TH 4. Engaging this acupoint aids in:

Known as Convergence and Gathering, with the designation TH 7, the Triple Heater Meridian’s Accumulation Point resides just beyond the wrist in the forearm. This acupoint serves as a local point for the engagement of over a dozen other Meridians and is very powerful for lymph support.

Our last acupoint in the Triple Heater Meridian is the Alarm Point. Found in the Conception Vessel at CV 5, this acupoint can be found just below the belly button. Known as the Stone Gate, it is engaged for a number of issues, including:

LED Light Therapy as an Alternative to Acupuncture

Acupuncture via LED light, also known as Photopuncture, uses concentrated light instead of traditional needles. This practice continues to grow in popularity, chiefly due to the fact that it causes no pain, discomfort, bleeding issues or risk of infection. Its’ completely noninvasive nature makes it a highly sought after treatment for those seeking similar benefits to traditional acupuncture.

The harmless, concentrated beams of light produced by AAH Light’s handheld light therapy devices is what makes them so uniquely suited to photopuncture, allowing it to follow specific points along the body’s meridians — with a range of colors available, allowing you to choose the right treatment for your ailments.

Take a look at our amazing selection of handheld AAH Light LED light devices here. With our ironclad 45-Day No Worries Guarantee, you can see the benefits for yourself, risk-free.

Have questions? Contact us today, we’d love to hear from you!

And don’t forget to sign up for our newsletter for the next installment in our series!

Be sure to come back next month when we explore the Liver Meridian. 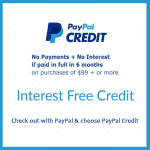