What Is an Energy Pathway?

Before we move on to discussing alternative ways to open vital pathways of energy to promote healing, let’s first define exactly what an energetic pathway is. The Chinese call these pathways Meridians;  I think the best way to ‘get the picture’, is to think of the electrical wiring in our homes.

Every light bulb or appliance has got to be somehow wired into the electrical juice so that when the switch is flipped, the bulb lights up or the appliance switches on. Too much energy may result in a blown out fuse or something worse!

When that happens it indicates that there is an obstruction somewhere along the wiring and in place of the normal electrical distribution we have blockages that backfire or blowout rather than conduct an even flow of currency.  To the other side, when there is too little juice we will not have light much less a hot cup of coffee!

Given a problem like this, unless there is a simple ‘fix’ or a competent ‘fixer’ in the house, the electrician is called upon and they usually sort the problem out in a jiffy as well as speedily produce the invoice for said services!

Energy Pathways or Meridians, exist on the Earth and ALL living things.

These pathways exist everywhere and are clearly identified on any living organism. It was defined by nature.  Once precisely located, and blockages detected, the stimulation of the meridian restores natures original exegetics’.

The word ‘meridian’ may not be familiar to most of you. This term is used to describe the Energy Pathways by Acupuncturists and practitioners of Oriental Medicine. They understand that a meridian is a pathway along which vital energy is believed to flow.  To the Chinese, this flow of bodily energy is known as ‘chi’ or ‘qi’ and is pronounced “chee”.

The West was a little slow introducing the benefits of acupuncture & acupressure, however, we now recognize their effectiveness to alleviate many ailments common to man and animal. 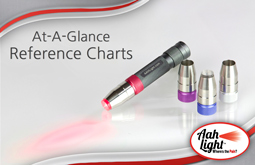 Here in the West we’ve developed methods of treating the pathways that are less invasive and as simple as applying ‘light’ via a small hand-held LED. This light is used on the surface of the skin or animal hide and assists the opening of the blocked meridians and encourages the flow of energy to the impaired organ or wound for the purposes of healing.

Those studied in the treatment of canine, equine or human healing arts are first to say that they all share commonalities so that learning to treat the pathways of one mammal is as easy as learning to treat them all.  It’s a matter of locating the meridian and then diagnosing exactly where its blocked, excessive or deficient.

This is the end of Lesson 1. I’ve included a link to some amazing books, charts and software below. Enjoy! 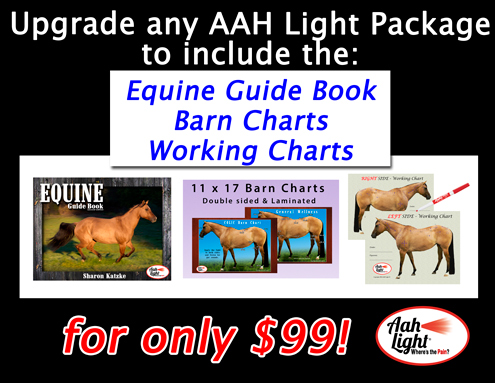