Because YOU Deserve a Natural Remedy for Bacteria, Fungus and Skin 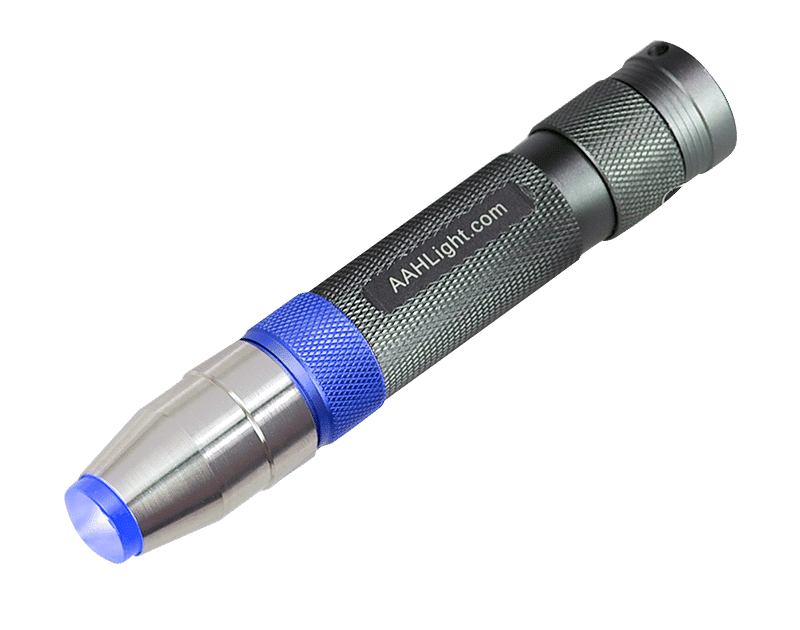 What People are Saying about the AAH Blue Light

Use of the Super Extender makes the reach easy

Our users love the blue light therapy for skin conditions and removal of acute inflammation. Blue LED lights have been called the greatest antiseptic in the world by those that study colors due to their antibacterial and anti-fungal properties.

Blue is the opposite of red due to its cooling qualities. You would use your blue LED lights anytime you think to yourself “I need to put ice on this”. We often say this is “Ice in a Light” or “Blue for 72” as that is the normal icing time frame after an injury.

The color blue has been used for fevers, as a depressant for motor nerves, fast pulse, pain, reducing temperatures, as a pulmonary sedative, and as an aid in combating infection or inflammation. Blue LED lights increase the elimination of toxins through perspiration and stimulates intuitive powers and is a vitality builder.

I would benefit from the AAH Blue Light

The AAH Light and Acne Therapy

Many people, desperate to rid themselves of the unsightly blemishes and inflammation caused by acne , turn to dangerous and invasive drugs, chemicals and laser procedures to end the frustration of this condition. Not only are these treatment options expensive, but they can also cause unwarranted damage to the sensitive skin on your face and neck.

By using the AAH Light blue LED light therapy for skin, you’re maximizing your body’s natural cellular function to help fight bacteria and inflammation while avoiding the pain, high cost and numerous side effects of other treatments.

With no known side effects, blue light therapy for skin allows its users freedom from the dryness and discomfort associated with topical acne medications and the damaging effects of UV lights and laser therapy. The AAH Light kills acne-causing bacteria and regulates oil production by working naturally within the body.

The specific wavelengths emitted by the AAH light are absorbed by acne-causing bacteria, such as P. acnes, in the pores. This bacteria then produces a molecule that occurs naturally within the body called a porphyrin, which in turn kills the bacteria. The wavelengths used in blue light PBM are between 405 and 420 nanometers, different than the wavelengths used in ultraviolet light.

Blue LED lights wavelengths of 415 nanometers penetrate deeply into the pores to stimulate cell growth and repair, clearing the complexion and beautifying the skin from the inside out. Using the AAH Light consistently for only 15 minutes a day will help treat and prevent mild to moderate cases of acne.

(and is the color of the spirit – think “True Blue”)

Our throat chakra is governed by the color blue, so this is the color of choice for any throat or thyroid conditions. This chakra impacts communication, hearing, listening, self-expression, decision-making and more. Sore throats, laryngitis and difficulty with speech are just a few conditions that benefit from the Blue AAH Light.

The Blue AAH light can be purchased stand alone, but most people enjoy the added value of our Deluxe, Professional, or Supreme Packages! 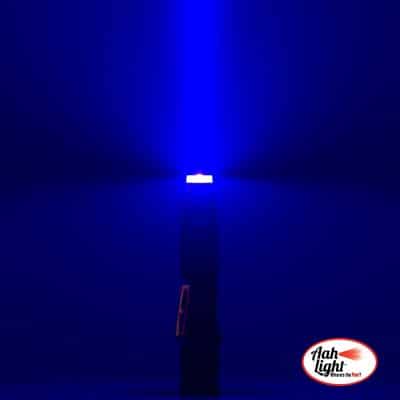 Conditions blue light therapy has been shown to improve:

Additionally, blue light has been shown to improve:

• Open wounds and/or chance of infection

• Bleeding of the lungs

Yes! I have conditions that this will help and am ready to order my own Blue AAH Light!

The History of Phototherapy

Over 40 years ago, NASA investigated the use of LED wavelengths for accelerated plant growth, soon discovering that phototherapy could also be used to promote the healing of injured astronauts. Blue light therapy has been scientifically proven to stimulate cellular metabolism and repair.

Regarding acne, a study conducted by the Imperial College of London reported that subjects saw a 76% drop in visible acne over the course of 12 weeks by using blue light therapy for only 15 minutes a day. The direct application of these therapeutic wavelengths was found to be significantly superior to benzoyl peroxide, the chemical found in most topical acne medications.

For your convenience, click here to find our AAH Light Dosing Chart

To Receive Your Discount Code

No thanks, I prefer to pay full price.